Flipkart plans to close its website and switch to mobile app

Flipkart is India’s leading e-commerce company which was started in 2007 by Sachin Bansal and Binny Bansal. With 33,000 strong workforce and 46 million registered users, Flipkart has emerged as the first billion dollar e-commerce corporation in India. It has constantly been ranked amongst Top 10 websites in India by Alexa. Flipkart’s digital innovation has changed online shopping in India.

Flipkart, like its acquisition Myntra, will shut down its website and continue to serve customers through mobile platform. The Vice President of retail and head of brand alliances, Michael Adnani, said that there has been a rise in the sale of smartphones in India and approximately 80% of internet population will be on mobile devices by 2018. This is contrast to a year earlier when 6% of traffic was through mobile. More than 60% of Flipkart’s order comes from small towns, where most people have no access to computers and internet broadband. Chief Product Officer, Punit Soni, in an interview with Times of India has also confirmed the transition and said that the company has been following a mobile first approach and experimenting with various aspects of the mobile service in order to create the best shopping experience for the users.

India’s internet market is the third largest in the world after China and US. Currently, there are more than 243 million internet users in India. According to experts from Boston Consulting Group, that number is expected to increase to 580 million by 2018 with 70-80% of users accessing from mobile devices. In recent times, smartphones have become affordable thanks to local sales in India. The rise in smartphone users has allowed more people to get access to mobile apps. In fact, the rate at which Indian consumers have adapted to shopping on app is faster than even the US and China.

Flipkart released its mobile app in 2013, initially for Android devices and later for iOS. The app has been very popular amongst users through its easily accessible features. It allows all basic functions such as browsing through the items, reading product reviews, checking deliver estimates and securing credit card payment. Many users have found the app very convenient because it allows faster checkout than the website. Flipkart has recently announced sales on several items only on the app. This is an indication that the company intends to test its customers before making the move. Cost saving is also in the company’s agenda for switching to the app. Those who are familiar with internet technology would know that maintaining a website, reaching out to customers and advertising is an expensive process whereas on app things are more focused to the needs. Moreover, it is relatively easy to collect user data on the app than on website, thereby making easy marketing strategy.

Smart mobile technology with the tap of a button has definitely made shopping simple and convenient. While the competition amongst the e-commerce giants continues to grow, buyers can enjoy seamless shopping experience from the comfort of their homes. 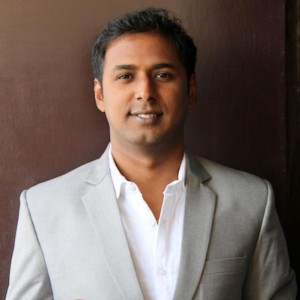