Ecommerce, which simply means buying and selling online, has reached almost every nook and corner of the world. This has been mainly attributed to the advent in information technology and electronics. Smart phones with easy access to internet and affordable data plans have ensured that internet is accessible to everyone, irrespective of class. The increase in literacy rate has also played a part in increasing consumer awareness about online stores. Such an increase in the number of online shoppers has definitely rattled the traditional retail industry which mainly relies on physical presence where shoppers visit their premises to purchase the products being sold.

The concept of online buying in India has been suggested to have started since the year 2000 where websites like ebay and rediff shopping were some of the first few sites to offer electronic products at cheap prices. Since then, numerous brands such as Flipkart, Amazon, etc started to showcase a strong presence in the online market.

Major discounts, quick delivery, vast variety of products, easy return policies, EMI options (interest-free in many cases), cash on delivery options, and easy accessibility are few of the aspects which have helped in the rapid growth of online stores. Clever marketing through social media, targeting the younger tech-savvy crowd has paid off well. Even the not-so-tech-savvy older generations is also gradually catching up with this trend!

Trust was and will remain a major concern for the online shoppers. However, many eCommerce players such as Amazon have been able to gain the trust through quick redress of consumer complaints and easy return policy. Another aspect which has helped the eCommerce industry grow in leaps and bounds is the variety of products offered and the ease of shopping anywhere (without having to visit the store amidst traffic chaos).

While majority of the individuals feel that eCommerce has affected the retail industry in an adverse manner, it may not be true completely.

While small time retailers have been definitely affected it has helped major brands increase their retail business. The ones which have been affected are those who have been relying only on the traditional business method. The expectations of the buyers have increased with the boom in eCommerce industry and they expect much more than just buying products. A wholesome experience where the buyer feels pampered is expected in all brick and mortar stores. Options such as placing order over the phone and home-delivery are expected from small time retail stores. The ones which have been able to provide these have thrived well while the rest seem to have been negatively affected.

On the other hand, the buyers’ mentality of having to touch and see the product physically has ensured continued business for many businesses including clothes, jewels, vegetables, electronic gadgets, etc. Majority of the buyers still feel the need to verify the products physically before buying them. It has been said that although more than 200 million people use the internet in India, only about 32 million buy online. Another aspect that is helping the offline sellers sustain is lack of reach of internet. Majority of the people have no access to internet and still rely on traditional stores for their daily and special needs. Many still feel the need to physically visit the stores as it is an overall experience (like a break from the daily routing) which cannot be provided by online stores.

The cons of online buying including breakage during transit, delivery of faulty/incorrect products, difficulty in post-sales service, delayed delivery, poor accessibility in remote areas, and mainly the lack of personal attention, are the factors which help retail stores thrive in India. Many major brands which only had online stores (such as lenskart) have opened up brick-and-mortar stores to address such issues. High value products are still preferred to be purchased offline. Additionally, advertising online can often be much cheaper than offline advertising. Many companies are making videos with an emotional/social message which become viral overnight and subtly push their brand image.

Therefore, it can be said that, eCommerce industry has opened up newer avenues for the retail industry.

Going with the Tide

Retail industry which can quickly adapt to the mentality of the millennial can grow in leaps and bounds. Relying only the concept ‘physical touch’ driven sales may not be a good plan in the long run. The businesses which swim along with the tide are bound to reach newer heights while the traditional retailers (who do not adapt) may lose a significant amount of buyers. Taking simple measures (such as having a credible website or even a Facebook page) to have their presence felt online may also have a significant positive impact on their offline sales. Numerous small time and local retailers now offer discounts as well as home delivery option to stay in the game.

At the same time, online sellers may also need to establish physical stores for people to ‘feel the experience’ of buying a quality product that is also genuine. With the increase in cyber crime where numerous individuals have fallen prey to online hackers, not many people trust an online store easily. This has been a bane to newer brands which rely only on online stores. Therefore, these online stores may need to set up offline stores or ‘experience centers’ to gain the trust of the people who believe in traditional shopping options.

Overall, although eCommerce industry has the retail industry during the initial stages, it has helped increase revenue by manifold to several major players who have been smart enough to ‘make hay while the sun shines’. Pushing promotions online and offering equivalent discounts offline has proven to be successful strategy for the retail industry in wake of eCommerce boom. Retail industry which can adapt according to the changing trends and understand the consumer mentality will become a successful venture, while the others who fail to swim with the tide may be at risk of losing significant amount of business. 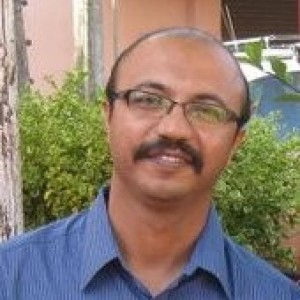